Williamstown, NJ – November 1, 2019 – For more than a decade, Security Systems News (SSN) has honored the security industry’s current and future leaders in their “20 under 40” special feature. In the past few years, they expanded the 20 under 40 to also include 20 end-users in the security space.

This year, SSN re-branded the special feature 40 under 40. We’re proud to announce that our Texas Operations Manager Juergen Henry has been honored as the first 40 under 40 recipient in the monitoring category.

Juergen started with COPS in the Florida Monitoring Center in 2013 and relocated to Texas in 2019 where he currently serves as its Operations Manager.

The following is Juergen’s interview with Security Systems News:

During his college days, Juergen Henry was looking for a job where he could also attend classes and a good friend of his, a dispatcher at COPS Monitoring, referred him to the company. Henry also became a dispatcher and really enjoyed helping people. “It became evident rather quickly that COPS was where I wanted to make a career,” Henry said.

Since his time as a dispatcher, Henry has had the chance to work under the supervision of and side-by-side with some leaders who helped him strive for excellence in every position he’s held within the company, which is currently Operations Manager.

“My day-to-day responsibilities typically consist of creating and maintaining a working environment in which our employees can thrive while setting the industry’s highest standards in professional monitoring,” Henry said.  While technology gets smarter, easier to use and more connected, people also become more connected to each other and to the things that matter most to them. “More people are realizing they’re not always available or prepared to handle emergencies,” Henry said. “As a result, we’re seeing more people opt for professional monitoring because we’re always there when they need us.”

Additionally, Henry is seeing some improvements in video quality and analytics. “Though I’m not sure I would categorize video as mainstream yet, I think the potential to decrease false alarms and increase apprehensions continues to get better,” he said.

Getting employees is one thing; keeping talented employees is another, according to Henry. “I was impressed with COPS selection and onboarding process” in which “I later learned that the process was designed with the assistance of an industrial psychologist, trained in matching people to specific jobs.”

While retaining a psychologist may not be feasible for all security companies, Henry suggested retaining employees by “creating a working environment that encourages employees to grow personally and professionally.” 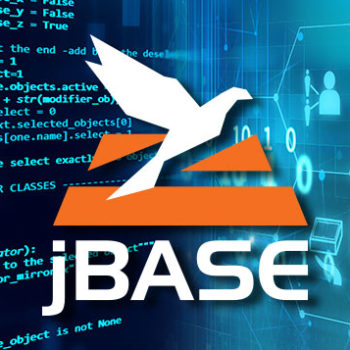 Our award-winning network of monitoring stations is like no other in the industry. Our 6 locations are hot-redundant (staffed 24/7) and load-sharing, which means the alarms are delivered to the first available dispatcher across all 6 of our locations to ensure some of the fastest and most reliable response times in the industry.

Not just different. Better. Upgrade your monitoring to COPS today!

Your registration has been submitted.

Please check your email for an automated confirmation message.

Once your submission has been reviewed, you will receive a follow-up email from our event coordinator to confirm your registration.